Anime shoes, which were inspired by characters from the anime world, were the most popular among young people. Gundam is one of the most popular series among the general audience. As a result, purchasers have reacted positively to Gundam Shoes, which are based on the personalities and shapes of each character in the series. These designs are praised for their colour and stylistic inventiveness as well as their high quality. In the late 1970s, Gundam revolutionized anime culture by extending the Tokyo, Japan-based company's future vision to the rest of the world. Gundam's work in animation and toy design, which is typified by a synergy between a fascinating tale and deft design, has had a long-lasting impact on collector culture and continues to inspire and innovate. Gundam Shoes honours the heritage and the convergence of sporty and Gundam collector culture, with toebox detailing, flashes of colour, and a decal sheet that is recognizably real robotic. 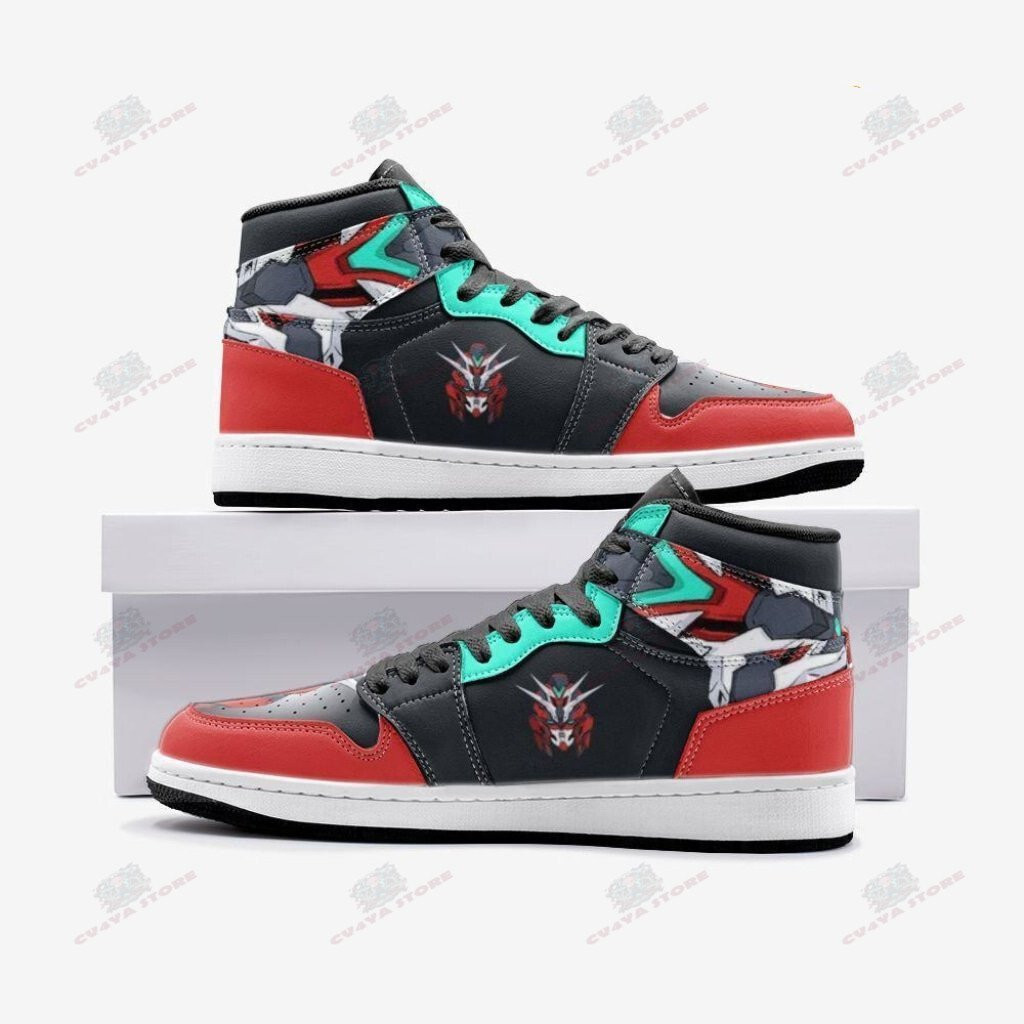 Gundam custom Shoes For Anime Fans BEST CUSTOM GUNDAM SHOES FOR ANIME FANS Gundam is a popular term that refers to a Japanese animated series. The main focus of this series is on the future world's conflict, robots, and the pilots of those robots. This series began in the 1980s of the twentieth century and has continued to generate numerous new series to this day. Since the original Gundam was released in 1980, approximately 400 million Gunpla models have been sold worldwide. To maintain high quality and provide prompt response to market demand while maintaining design consistency, Gunpla models are made in Japan from design to product development in Bandai Hobby Center of "Hobby City Shizuoka." Because of the popularity of Gundam, shoppers have approved numerous fashion creations inspired by the character. One of the proofs will be the Gundam shoes. CHAR AZNABLE SHOES This colourful edition of chillvibes4yastore.com is inspired by Char Aznable, one of the protagonists in the Japanese anime series Mobile Suit Gundam, and features a glossy red top with yellow accents and a black outsole. Char Aznable Shoes are most likely the cutest present for all of his followers. The design is in the Char Aznable style, with a predominant yellow colour and a youthful pattern that gives the wearer a sense of individuality and confidence. AMURO RAY SHOES You've certainly heard of the renowned animated show "Gundam," which chronicles the story of protagonist Amuro Ray and involves robots. During the early 2000s, the mecha anime series initially aired on Philippine television. Since then, both the elder and younger generations have been familiar with the fictitious Gundam universe. Amuro Ray Shoes is a popular design that attracts a large number of clients to CV4YA Store. These shoes are goods that we painstakingly select and design with great care. Customers commend Amuro Ray Shoes for their quality and design, which are inspired by this figure. These shoes are a breakthrough in design ingenuity, combining eye-catching colours to produce a flawless overall look. MIKAZUKI AUGUS SHOES Augus Mikazuki Because the character's individuality is expressed through the original design and brilliant colour of the shoes, they give the wearer a mystical feeling. Most of the time, the colour and design will be chosen to match the mannequins rather than the characters. Actual colours may change slightly from those depicted due to variances in lighting and monitor resolution. HATHAWAY NOA SHOES Mobile Suit Gundam Hathaway is a Japanese anime film that will be released in 2021. The film is a sequel to Mobile Suit Gundam: Char's Counterattack, and it takes place twelve years later. Hathaway Noa Shoes earns brown points for its uniqueness and inventiveness in design as one of the best-selling products from this collection on CV4YA Store. The wearer becomes more fashionable as a result of the trendy designs and colours. Many customers prefer this design because of the comfort it provides. After a long day of activities, you will no longer experience foot soreness. KIRA YAMATO SHOES Kira Yamato is a fictional character that first appeared as the protagonist in the Japanese anime television series Mobile Suit Gundam SEED, which premiered in 2002 as part of the Gundam franchise and was produced by Sunrise. Kira Yamato Shoes rapidly became one of the most popular items after its release. With such a vast fan base, all Kira Yamato-inspired products have gotten a lot of attention. These shoes, on the other hand, are well-liked for the high level of quality they provide. These shoes are not only fashionable, but they are also of excellent quality. These shoes protect your feet well because they are constructed of soft materials. SETSUNA F. SEIEI SHOES Setsuna F. Seiei Shoes are an excellent choice if you are seeking a national pair of shoes that can be worn in various scenarios. This innovative and eye-catching design will help you stand out at Anime events. Furthermore, these shoes will be an excellent partner for outdoor activities. FAQS ABOUT GUNDAM WHAT DOES GUNDAM MEAN? They are usually outfitted with the most cutting-edge experimental technology at the time of their development. The term "Gundam" has many meanings depending on the time period. It is used as an abbreviation in most series to refer to anything; however, in all but the most current series, these acronyms were formed after the fact and do not appear in animated works. Gundam is the moniker given to the protagonist's mobile suit in most anime series. WHAT CAME FIRST GUNDAM OR TRANSFORMERS? Gundam premiered in 1979, while Transformers debuted on television screens around the world in 1984. Both franchises have skyrocketed in popularity since their first releases, and it's a legitimate topic that's becoming more prominent in the realm of modern culture. WHY IS GUNDAM SO POPULAR? Despite being an animation, Gundam is one of the most renowned anime series of all time. Anime is one of Japan's most important and popular exports. Because of its sophisticated animation and departure from the typical Gundam timeline, Gundam Wing is extremely popular in Japan. HOW MANY GUNDAM ANIME ARE THERE? The popularity of the series and merchandising spawned a franchise that currently includes 50 TV shows, films, and OVAs, as well as comic books, novels, and computer games. There are now around 30 Gundam programs and films available. CONCLUSION Gundam Shoes are new designs offering diverse styles. Besides, these shoes are also focused on output quality. Therefore, this collection has become one of CV4YA Store's most successful collections.